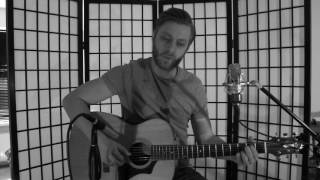 If my calculations are correct, when this band hits 88 miles per hour… you’re gonna see some serious shit! “Great Scott” Mikey Ball and the Company have just landed their DeLorean right outside the Anvil in Bournemouth. If my calculations are correct they have come here via 1985 and during their band audition, the audition Judge after their first number said “Okay, that’s enough. Thank you, fellas. Hold it, hold it fellas. I’m afraid you’re just too darn loud”, so after a few knuckle raps from Biff they returned to the present day where a crowd are waiting for them for a homecoming gig at the Anvil.

I’ve not gone all 1980’s on you but just getting carried along with this “Back to the Future” themed night. The stage is decorated with pictures and quotes from the film, with a real life Hoverboard as well as a 1985 almanac replica. The scene is set and the band arrive on stage to much jubilation from the large Wednesday night crowd. Mikey and his band his band have played here a couple of times over last 12 months or so and have created quite a buzz for themselves. The vast majority of the crowd were here last time and they have returned for more of the same. The evening kicks off with couple of mighty fine tracks from the excellent “Castaway” EP and this sets the scene perfectly for the evening ahead. The band seeming to have created a great chemistry amongst themselves and their obvious enjoyment in what they do radiates into the audience.

The band’s folk/rock style combines electric and acoustic guitars, with a banjo coupled with a really steady rhythm section. I was most interested to hear the newer material which comes in the form of “Leave a Light On”; a tune which show’s Mikey’s great songwriting to its full effect, with a chorus that the audience take home infectiously buzzing around in their heads. They have a knack of radically reworking covers with a great slowed down version of Bruce Springsteen’s “Dancing in the Dark” and Matt’s lovely vocal performance on Tom Petty’s “Free Fallin”, with both getting the crowd singing along at the tops of their voices.

The evening ends of course with a tune from the soundtrack of the said film, Huey Lewis’s “The Power of Love”. Though this was not quite the end, as the band are called back to do another tune and former bassist Scotty Farron joins the band on stage for an emotional version of “Castaway”. Scotty is currently hard at work on the band’s exciting new EP at Studio Luca, keep your eyes on Mikey’s website for details as with tonight’s growing momentum this band seem to be steadily going from strength to strength. What a fantastic evening, the theme made all the difference to the enjoyment and here’s hoping to them having a “Star Wars” evening next time.